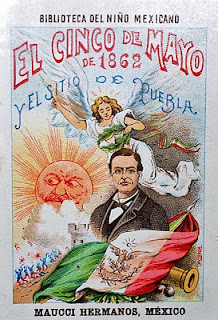 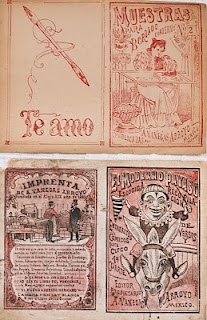 Posada produced hundreds of images for little booklets published by Vanegas Arroyo (called chapbooks). Most images were for covers and were either done as acid etchings or as lead engravings. In the case of the 110 titles of the historical series published in Spain between 1899 and 1901 for the Hermanos Maucci, known as Maucci Books, Posada worked in color. 110 unique cover images were created for the series, Posada signed only four of the covers and together all the books represent the only known works in color that Posada did during his career.
Posted by Director at 1:54 PM