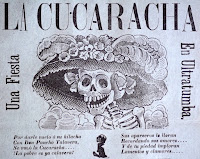 Referred to as the “Father of Mexican Printing”, Artist of the People, and a Prophet, Mexican artist/engraver José Guadalupe Posada (1852-1913) is credited by some as having created over 20,000 images in his lifetime. https://printinghistory.org/posada-brady-nikas-collection/
Posted by Director at 5:10 PM No comments: 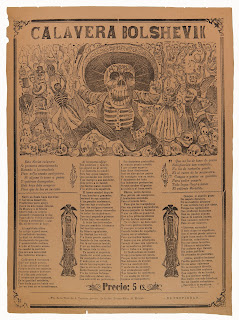 The exhibition was organized by the Catalina Island Museum www.catalinamuseum.org, in association with the Posada Art Foundation, www.posada-art-foundation.com, and Landau Traveling Exhibitions, ww.a-r-t.com/posada/
Posted by Director at 4:40 PM No comments: 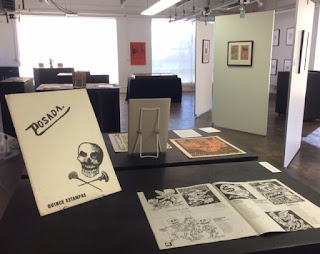 Viva Posada! From the Posada Art Foundation together with Arion Press and the Grabhorn Institute!

An exhibition of political illustrations of the prolific and popular Mexican artist José Guadalupe Posada (1852-1913), known for enduring works such as La Calavera Catrina. The exhibition includes nearly seventy selections from the Brady Nikas Collection and Posada Art Foundation, including rarely shown original printing plates and historical prints.Please join us for the opening night reception and ...live printing demonstration!
Opening:


The exhibition is free and open to the public during regular business hours.

Save the date: Thursday, March 5--Docent tour with author and Director of the Posada Art Foundation, Jim Nikas.